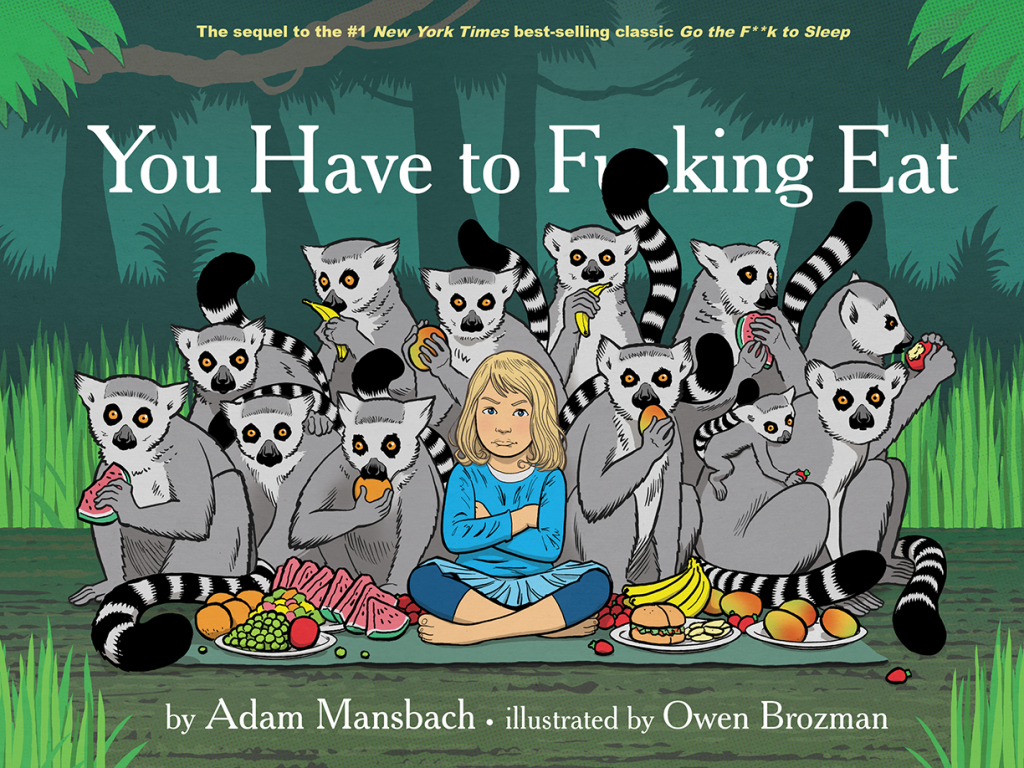 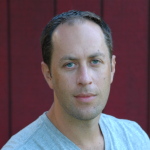 Adam Mansbach, Author “You Have to F*cking Eat”

In the follow up to his New York Times Bestseller, author Adam Mansbach is one again tapping into the frustration and pain all parents know. With “You Have to F*cking Eat,” Mansbach dives into the world of picky eaters, outright refusals of food, and the moment to moment culinary likes and dislikes of children.

“You Have to F*cking Eat” is available starting today and leading up to the release, we spoke with Adam by phone from New York where he talked about the honesty of the books, why he’s still surprised by it all, and why he thinks it’s important his daughter knows the exact names of the books.

Be sure to enter to win your own free copy of “You Have to F*cking Eat” on the right side of the page.

Why do you think your take of “fake children’s literature” has struck such a chord with parents?
I think more than anything it’s because it’s honest. At the time the first book came out, there’s obviously a ton of discussion of parenting and any number of sources to go for information, but a certain kind of frustration was maybe it’s not ok to talk about. You know the paradox of loving your kid to death but also being willing to do anything to f*cking get out of the room, after two hours of trying to put the kid to sleep was not a sentiment that was easy to articulate for a lot of people. And I think a lot of people felt alone in those sentiments and were maybe afraid to voice them, so the book was cathartic for people. The cursing certainly helped, but for me the cursing is just a way to honestly expressing the inner monologue of the parent. I think parents also understood the books were loving, they weren’t I hate my kid I wish I never had you. There’s love underneath the frustration.

Was there any moment of hesitation in thinking, “I don’t know if this will be well received?”
No, because I never had any thoughts that it would be received in any way at all. I wrote the book with no expectations at all. I remembered being tickled that it was going to be published at all, that in itself was crazy. It’s not that I feared a bad reception I just assumed there would be no reception or a very small reception.

You’ve previously said (The Globe and Mail, 2012) that the eating stage wasn’t funny. With “You Have to F*cking Eat” you’ve clearly solved that. What changed your mind about the topic?
I think at some point the realization dawned on me that eating was a parental frustration on par with sleeping and it had a lot of dimensions to it and sides to it. It’s as basic and fundamental as sleeping in the sense that it’s a great joy for adults and it’s perplexing and disturbing when we can’t convince our kids putting stuff in their body makes sense. You know, the sleep thing is very private and hidden, the eating thing is both private and public. You see how other kids eat, you’re with your kid at restaurants, with your kid in public. Even if you get them to succeed in eating, then you start worrying about what you’re feeding them, and whether it’s the right thing to feed them. So I think at some point as my kid got older and I saw how other kids ate around me, it dawned on me this had enough size and was complicated enough, and frustrating and universal enough that it would make for a good book.

Animals play a significant role in both books, why do you feel they’re the perfect contrast for the difficult children in the books?
I’m kinda just riffing off of the cannon of children’s books out there that you’re reading your kids at bed time or reading to your kid in general. They always include animals, there’s always a counter point of the cuddly, the fluffy, the sweet. It just sort of made sense to flip that a little bit and use those same tropes in service of this somewhat more subversive message.

Writing a “children’s book” with a description on the back cover that says, “you probably shouldn’t read it to your children,” seems to be fantastically liberating. How does it feel to write a book that contrasts everything it should be?
It’s been fun, you know that’s obviously the fun that these are children’s books for adults. Occasionally I’ll get an angry email from someone telling me what a horrible person I am, saying ‘I would never read this book to my kid.’ I always wonder, what planet of literacy and illiteracy would it take to mistakenly read this book to a kid? It says f*cking on the cover and it says on the back don’t read to a kid. So it’s fun, it’s been a fun ride.

Do you find yourself needing to censor yourself around your daughter?
I don’t curse around my daughter. She’s old enough now she knows the real names of these books. I convey her the importance of not going to school and using those words. In my non-parenting life I use curse words with frequency, I would like to think they’re eloquent. But I don’t do it around my kid.

As a dad, author, speaker, and more, how do you balance your career and family and stay connected as a parent?
I’m very lucky in that while I’m very busy, I make my own hours. I work from home so I’m able to drop my daughter off at school and pick her up every day. I see a lot of her and I always have. I’ve always spent a lot of time with my daughter and it’s a relationship that I really treasure and spend a lot of time nurturing. As she gets older, what I try to do - among other things - is give her as much insight into who I am as I can. What I actually do and what I care about. A few weeks ago I took her to a show that I was performing at. I was doing a show for The Moth and it was close enough to our house that I could bring her. And so when I disappear or get on a plane and I tell her I’m going to give a talk or speak to some people, this is what it looks like. So I’m beginning to be able to expose her to some of what I do. She and I went into a studio and recorded a song together, part of the song is going to be used to promote the book and it was super fun for her. It’s giving her the insights into what I actually do, so that I can be a full person for her. Which I think is very important, I think it’s really important kids see the totality of their parents not that we should over expose them but the fullness of our humanity I think is important.

What do you want to impart on her the most as a father?
I just want her to do things that are important and meaningful to her. I want her to live a life that isn’t governed by fear for limited opportunity, a diminished sense of herself and what she can do. I just want her to feel good about what she’s capable of and understand that she can make a difference in the world.

Want more? Click for our review of “You Have to F*cking Eat.”

This interview has been condensed and edited.

Why Holiday Books Should be a Tradition With Your Children