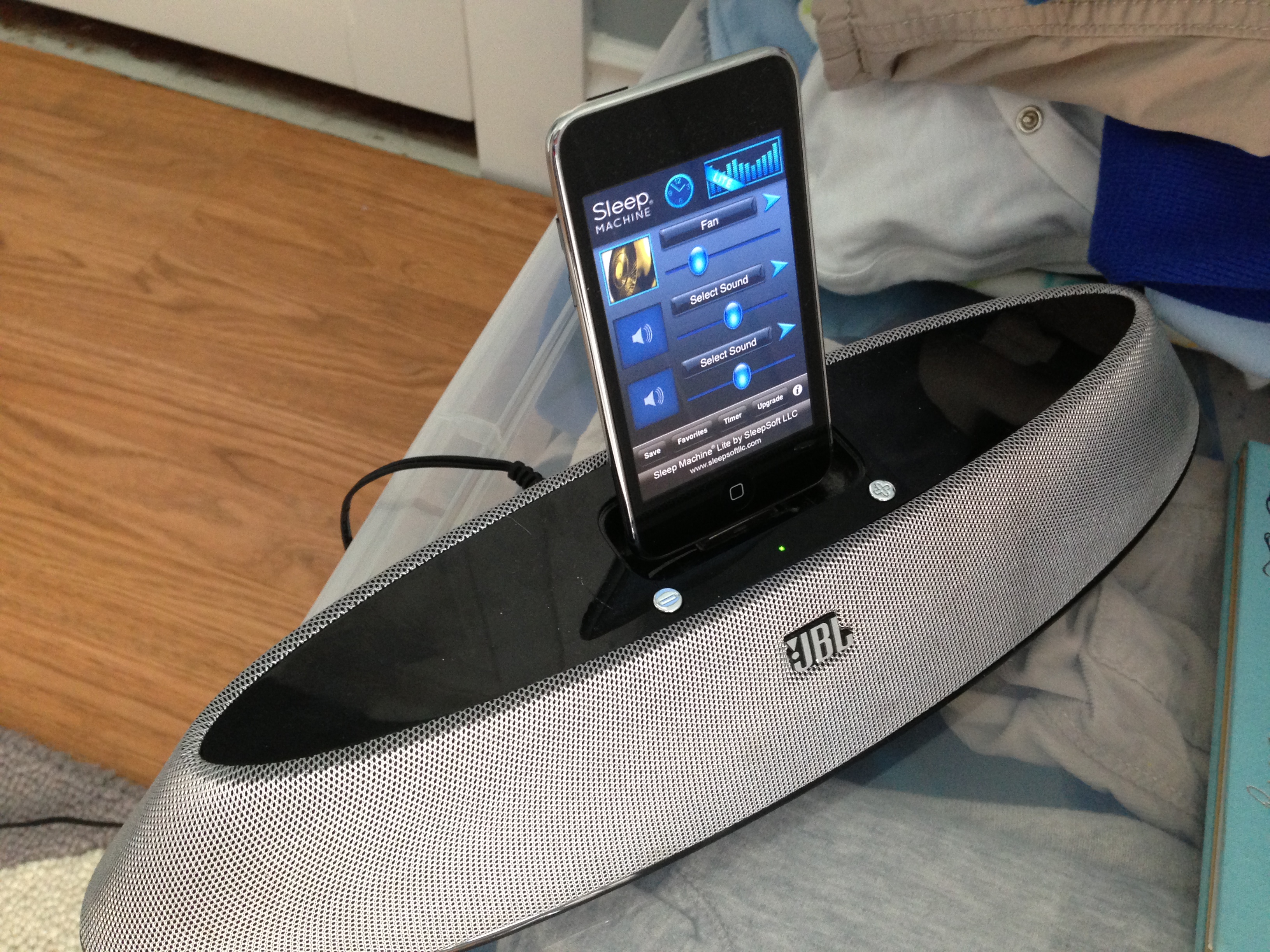 My son is using one right now as I type this during his nap.  Which makes today’s release of a study in the Journal of Pediatrics showing sound machines may cause hearing problems for children all the more worrisome and concerning.

If you’re like us, and have had a child who’s been sleeping, how do I put this kindly, less than enthusiastically at night, the sound machine has been a soothing and very real solution for us.  There is a noticable difference on how well and how long he sleeps with it on.  Is it scientific?  No, but as a parent of an infant I become a rocket scientist on anything we find successful that helps him and us sleep.

Today’s study points out some very serious issues regarding sound machines and their effects on a baby’s auditory development.  It also makes very clear there appears to be very little research on whether or not they actually work, according to Dr. Merrill Wise, a pediatric sleep specialist and neurologist with the Methodist Sleep Center who is cited in the article.

According to the study, doctors looked at popular sound machines sold in the US and measured their output at various distances from the crib.  The findings they say are enough to raise concerns about whether parents should be using what is a very common baby shower gift.  At first glance I thought to myself, “get it out of the room, we can’t have that in there!”  But then I read a bit closer.

“Papsin and his colleagues measured the maximum sound outputs of 14 machines that are widely available throughout the United States and Canada. They analyzed sound levels at three distances: 30 centimeters away (meant to mimic placement on a crib rail); 100 centimeters (near a crib) and 200 centimeters (across a baby’s room). The measurements were adjusted to account for the effect they might have on a 6-month-old’s ear canal, which is smaller and shaped differently than an adult’s.”

The words “maximum sound outputs” gave me a few moments to pause.  See we actually don’t use a sound machine like the ones used in the study.  We did what I’m sure many parents are doing these days, dug up an old iPod & speaker, downloaded a noisemaker app and plunked it down in his room and voila, let there be white noise…which apparently is another problem.  I’ll get to that in a moment.

The “maximum sound output” of these machines is worthy of research and testing and parents should be aware of how loud of an environment they’re creating in a nursery.  Though parental intuition leads me to think (or hope) the loudest setting is not what the average mom or dad is using.  Though the study has given me enough sound for thought that I’ll be knocking down the volume just a bit…to be sure.

Oh, and the white noise setting.  Our app has several different options, rain, wind, fan, wind chime, etc and what have we found works best?  The fan setting.  Though to be honest it sounds more like the old fashion white noise TV’s used to make than a fan.  But that brings me to the other interesting point I found with this article.  Are we hindering growth because we chose a simple sound?

“Machines should be played at low volumes and kept on for short stretches only, Papsin said, adding that theoretically, complex sounds would be best (think Mozart) while the least complex (white noise) would be the worst.”

We pretty much fail at everything in that entire paragraph.  We use it throughout the night, at mid volume, with an obnoxious empty sound.  To be honest I’d have to go download some Mozart or Bach, I don’t have any readily available on my iTunes account.  I’m probably a bit too ashamed of what I have instead but nonetheless, music has been shown to boost thinking and other skills during development, which I’m sure is what they’re getting at here.

We probably won’t change our habits just yet.  This study is enough though to give any parent a moment to rethink how they’re using a sound machine and what effects it may have on their child.  I truly believe there is a study out there for anything.  One day drinking wine is bad for you, the next it’s good for you.  Chocolate can keep diseases away, or it can kill you.  With medical studies there is a common sense quotient at play, and as a parent it’s up to you to make sure you use the research with your brain power (whatever you may have left after a long night) and come up with the plan that works best for you and your family.  At least that’s my plan…for now.

Dad Tales: How We Calmed Our Colicky Baby

Why Is My Child Head Butting? It’s More Comforting Than It Sounds

Doctors Orders: Read to Your Baby

How to Pick a Guardian for your Child